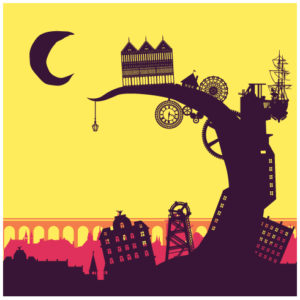 The new Opera House in Randolph City, Wyoming didn’t hold as many patrons as some of the theater buildings cropping up on the plains during this industrious spring of 1898, but on its opening night it was far and away the busiest place Riley Boone and I had ever visited together. That intimidating fact, plus Riley’s natural interest in science and engineering might have been why he ignored the people and the play and focused instead on the building’s interior and the glowing apparatus he called a Drummond Lamp.

This story was free during the third week of June, 2018.

Each month this year, I will post a free crime story on the first Tuesday of the month, and a free western story two weeks later on the third Tuesday. The stories will stay up for seven days, and many will feature a “behind the story” post.

LOVE AUDIO BOOKS? MY BOOKS ARE ON AUDIBLE HERE!